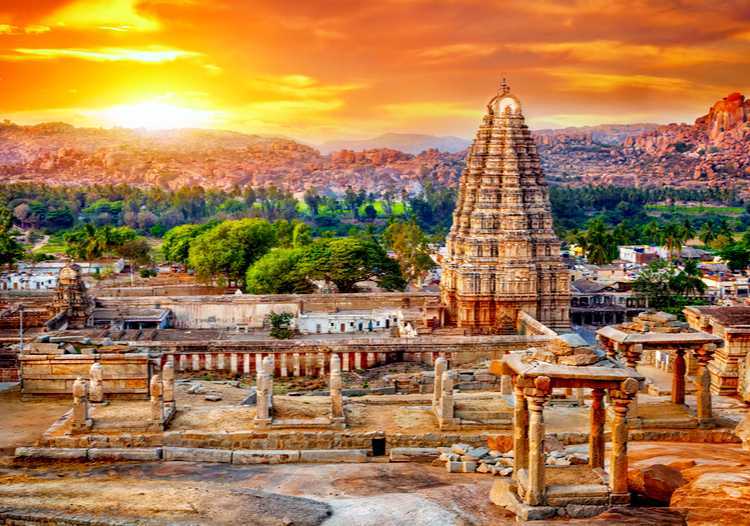 Punjab, known as the ‘Land of Five Rivers, is located in the northwestern part of India. This fertile land is one of the oldest civilizations in the world. Punjab is also known for its religious diversity as many religious movements were started here. You can spend a beautiful time with your family in the tourist places of Punjab. The main reason for the increase in the number of tourists is the scenery, rich history, and famous religious places.

If you are a true traveler who wants to see the true essence of Punjab, you must take the circuit! These places are perfect to include in your itinerary for a visit to Punjab, as you will return home with beautiful memories. Experience the royal life of Gabris and take part in traditional folk activities like Bhangra and Lucy with Lucy Finally, you are in Punjab!

The Best Places To Visit In Punjab:

Are you looking for famous places to see in Punjab? Check out the sights here that give you a true glimpse of Punjab.

Amritsar is the largest and most important city of Punjab and is an important commercial, cultural, and transportation hub. The city is known for its stories, patriotism, and spirituality, with Amritsar topping the list of religious sites in Punjab.

Thousands of numerous religious Sikhs and cultural tourists visit Amritsar every day for an important cause of solidarity. It is also the center of the Sikh religion and the site of the original Sikh shrine, Harmandir Sahib, or the Golden Temple. The Golden Temple, or the home of Sri Harmandir Sahib, is the most important pilgrimage site for the Sikhs. Book Amritsar Trip.

Apart from being the capital of both Punjab and Haryana, Chandigarh is considered to be the most planned city in the country. It’s called ‘The City Beautiful’ and once you visit this beautiful city you will surely agree that modernity has not exhausted the natural treasures of this land.

It is one of the metro cities of India and one of the great tourist places of Punjab. This welcoming city will greet you with flavors of everything between modernity and antiquity. Book Chandigarh Trip.

Ludhiana is also known for its shawl and garment industry and caters to the demand of major domestic and international brands. Due to its dominance in the textile industry, it is often called Manchester of India. Take a look at Lodhi Fort, the pride of Ludhiana, the ruins of this 500-year-old fort are a special tourist attraction in the city.

Then head to the Rural Museum which showcases the rural life of Punjab. Also, visit the Maharana Ranjit Singh War Museum, which was built in memory of the soldiers of the war. Book Ludhiana Trip.

As an ancient city with diverse culture, one must visit Jalandhar to experience the authentic roots of Punjab, the various temples and cuisines of Jalandhar have made it an unforgettable Indian tourist destination.

It is now a popular religious site for Sikhs and Hindus as it has many gurdwaras and temples like Sodal Temple, Devi Talab Temple, and Gurudwaras Talhan Sahib Ji. Book Jalandhar Trip.

Named the “The Kings of the Bhati Rajput”, Bathinda, a tribe that ruled Punjab in the sixth century, is one of the oldest cities and great tourist places of Punjab. It is a gem of a place with a strong historical history and rich culture, which attracts a large number of tourists from all over the world.

The city of Patiala was the home of the medieval state of Patiala, and the reason was that the Jat kings of Patiala had given it cultural heritage. Patiala, the fourth largest city in the state, is a beautiful place in Punjab.

It is also called the city newspaper, and the monuments here show a mix of different architectural styles such as Mughal, Rajput, and of course Punjab. The city is brimming with different recorded landmarks and attractions. Book Patiala Trip.

Kapurthala is famous among the people because it was ruled by the Ahluwalia Dynasty. It is also an attractive destination for tourists in Punjab due to its distinctive gardens and architecture. You can also find interesting stories while traveling around the city.

For everyone looking for a beautiful architectural city, Kapurthala is nothing short of a treasure! It is one of the best tourist places of Punjab. Kapurthala is famous for producing crops like wheat, sugar, cotton and is a major seller of all kinds of rice. Book Kapurthala Trip.

This city was the capital of Pathani Rajput state of Nurpur. Pathankot has been known for its Loi and Shawl weaving industry for many centuries. Pathankot is currently home to the Indian Army and the Indian Air Force.

Due to its geographical location, Pathankot is the meeting place of the three states of Punjab, Jammu and Kashmir, and Himachal Pradesh. Its beautiful location and Rajput cultural heritage have made the city a frequent tourist destination. Book Pathankot Trip.

Surrounded by canals, beautiful hills, and the Sutlej River, Nangal wetlands are one of the most popular places to visit in Ningle. The site is famous for the construction of the Bhakra Dam on the Sutlej River. The 6 km long Nangal Lake is ideal for soothing your mind, body, and soul.

Nangal is the best day trip from Chandigarh which is one of the great tourist places of Punjab. If you’re confused as to whether there’s anything to see in Nangal, you’ll be surprised by the number of things to do here. Book Nangal Trip.

Also known as Roopnagar, Ropar is an ancient town in Punjab which is more famous for the destruction of the Harappan civilization. The town is a densely populated site known as one of the largest excavations in the Indus Valley Civilization.

Roper is the site of the first excavation of the valley in independent India. Excavations at Rupar have provided detailed insights into the Indus Valley civilization and Harappan culture. Book Ropar Trip.