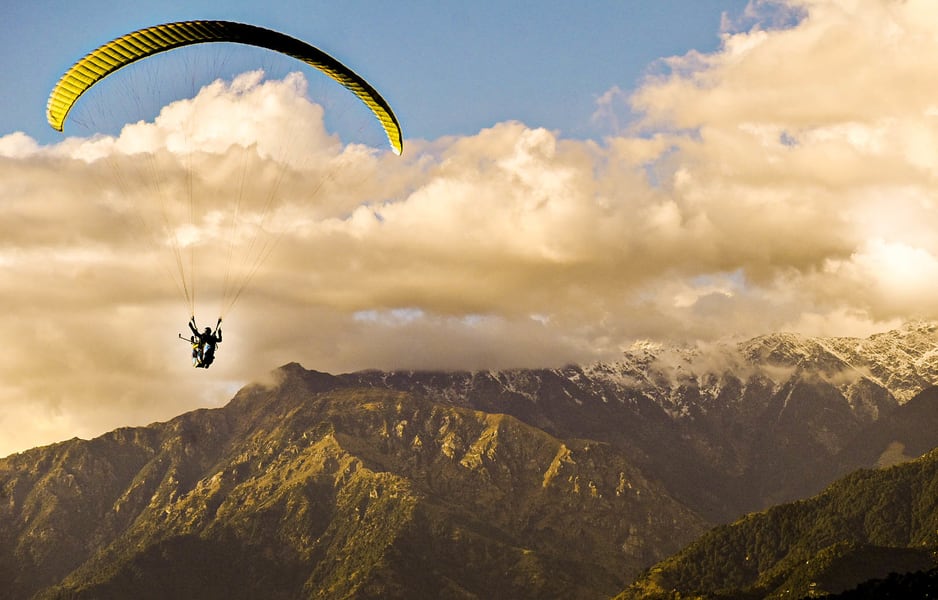 Soar high like a bird in the vast blue Himalayan skies, spend a night under the sky filled with stars and cut through the beautiful trails of dirt roads with some tough climbs and gut-wrenching descents to experience an unforgettable feeling of adventure.

Day
1
Delhi To Bir By Volvo

You will be greeted by a representative at the pre-decided spot in Delhi who will help you get transferred to Bir. The overnight journey takes you through some of the most scenic views as you travel to the majestic Himalayas to reach Bir the next morning.

kage Options Map Policies FAQs Freebies Inside | Bir Billing Tour Package with Camping and Trekking Itinerary Expand All Day 1 Delhi to Bir | Travel to the Paragliding Capital of India Day 2 Bir Local Sightseeing & Trek to Billing | Trek Through the Towering Trees & Roaring Waterfalls Bir Reach Bir in the morning and have a delicious breakfast overlooking the beautiful hills. After having breakfast, head out to explore the local village of Bir. You can visit the Chokling Monastery and Sherab Ling Monastery as you explore the beautiful town. You can then head to Bir Local market for some shopping and can also try out the local restaurants/cafes for some Tibetan cuisine. After having Lunch at Bir, you can start your trek to Billing. You can stop by at the roaring waterfall to enjoy the beauty of nature at its best and then reach Billing by evening where you can enjoy the beautiful sunset in the Mountains. Have fun with fellow travelers as you have dinner alongside a bonfire. Overnight stay in the camps under the sky studded with stars in Billing.

Wake up to a splendid sunrise and have a healthy breakfast at the camp. You will then embark on your way to the take-off point for the paragliding adventure. Perched at an altitude of 2400 m, Bir Billing is the perfect place to enjoy paragliding in India. Enjoy the roaring winds as you glide high in the sky taking in stunning vistas all around you. Once you land you can spend the rest of the day at your leisure and can explore the local landmarks like stupas and monasteries. You can also choose to go mountain biking through the trails that will take you through green valleys and gurgling streams. In the evening you will embark on your overnight journey back towards Delhi.

After passing through the hairpin bends and beautiful scenery, you will reach back to Delhi in the morning. Once you arrive in Delhi, your Bir-Billing Adventure comes to an end.

Accommodation in Hotel as per the variant selected

➔ Buffet breakfast and dinner on all days

➔ Sightseeing as per itinerary

Which is not in itinerary

Included in this package:

Per Person on twin sharing

TripBibo has served 3831+ travelers for Himachal

Stringent
Quality Control
How It Works
Traveler Reviews for Himachal
Read on to find out why our customers love us!

Best travel agency I've ever used! They planned everything perfectly and our trip went off without a hitch. I would highly recommend them to anyone.

I absolutely enjoyed my experience with Tripbibo! The staff was so friendly and helpful, and they made planning my trip so easy. I would definitely recommend them to anyone looking for a great travel agency.

I used Tripbibo to book a trip and it was a great experience. The staff was very helpful and knowledgeable about the area. They helped me find the perfect hotel and activities to do while I was there. I would definitely recommend them to anyone planning a trip.

N
Niharika
Pune | 20 Nov, 2022
Did not find what you are
looking for? No worries!
Fill the form and get a callback from our holiday experts